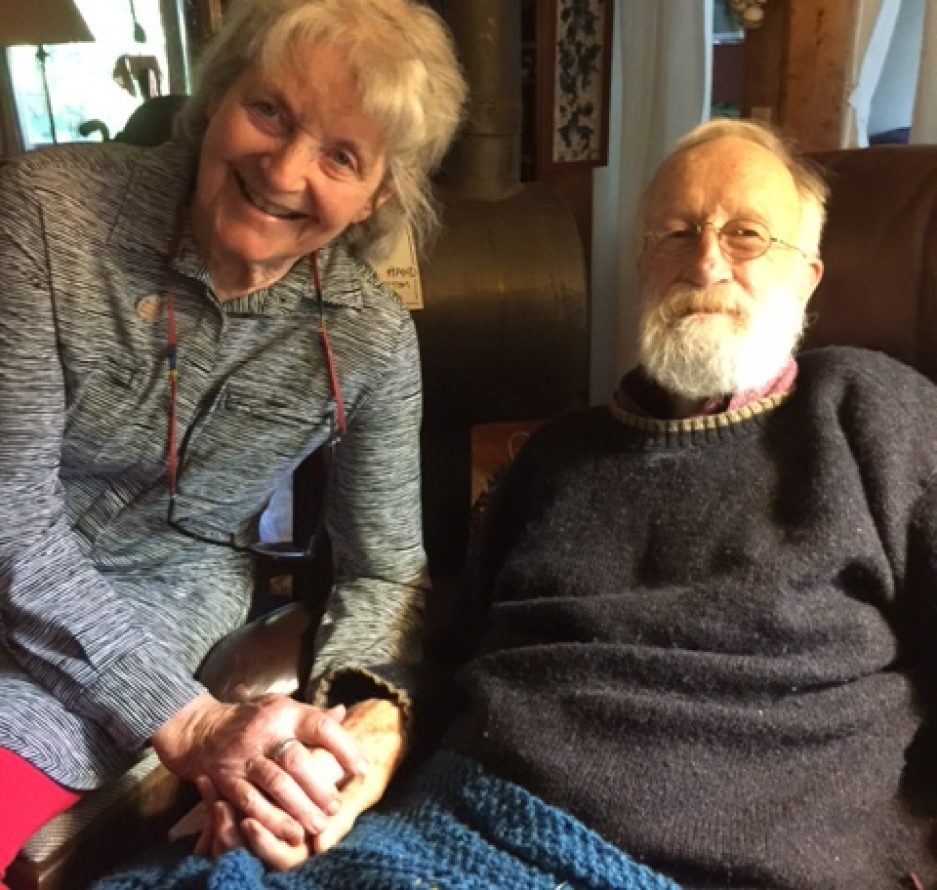 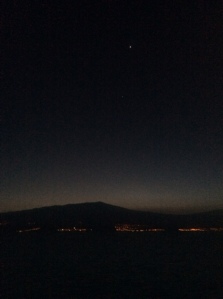 Dawn over Hawaii, the Big Island as it’s known, holds two great stars one over the other. A passing couple, on the Promenade deck where I come to take a picture, think the bright one is Vega. We left Honolulu last evening.

We’ve just given five blasts, then two blasts, don’t seem to be slowing much. Some crew have arrived next to me, cordoned off the area under two tenders and are getting ready to lower them. So we must be nearing Kona, and it will be a “tender port,” not one where we are up against a pier.

After a day when clouds engulfed us and the whole island of Oahu, we had had a nice view before dinner of the late afternoon sun on the city.

Our enjoyment of the harbor life included a fascinating sequence during the fueling of the Amsterdam on Sunday. We happened to eat our lunch at a table with windows right over the fueling barge, so we could follow the activity in detail at the 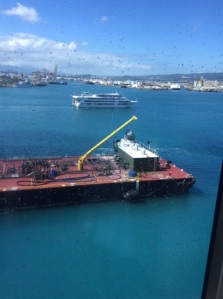 end, the taking away of the orange, floating barrier from around the outside, the arrival of tugs Pi’ilani and Namahoe, the attaching of what would eventually be a huge tow chain between the barge, Ne ena, and Namahoe, the larger of the two tugs, and finally the hoisting aboard by the yellow cranes of the two fenders.

So here we are, backed down, anchored, with the tenders whiling away time in the waters around us until they’re needed to shuttle people to and from Kona. It’s only 6:45 so they’ll have a bit of a wait unless some people are heading off on long shore excursions and have to start early. 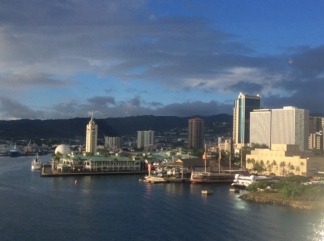 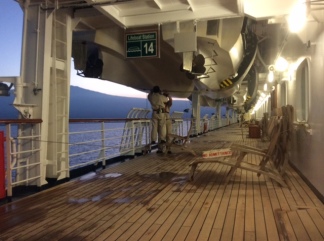 When we were exploring this island sixteen years ago, we were still taking photos with a non-digital camera, and I remember one wonderful one of Tom walking alone on an expanse of dormant lava, two panoramic-views-worth, not a sprig of grass or a plant of any kind in sight.

We were in a hotel in Kona when Hester called to say my mother had gone into the hospital and they wanted to do surgery for a bowel obstruction. We discussed the pros and cons of doing surgery. Ma was 90 and we wondered how she would survive it, but they decided to go ahead with it. We flew home in the next 24 hours, but only in time to be with her as she died. She had come through the surgery all right, but her heart had given out in the recovery room. In spite of her POLST saying she didn’t want it, they put her on life support, perhaps to keep her alive until we got there. At least that is how it turned out. We stood around her, three generations of us, in the sunlight that, from where I was sitting next to her, refracted like a jewel in her blue, blue eye as she died.

One thought on “To Kona on the Big Island”